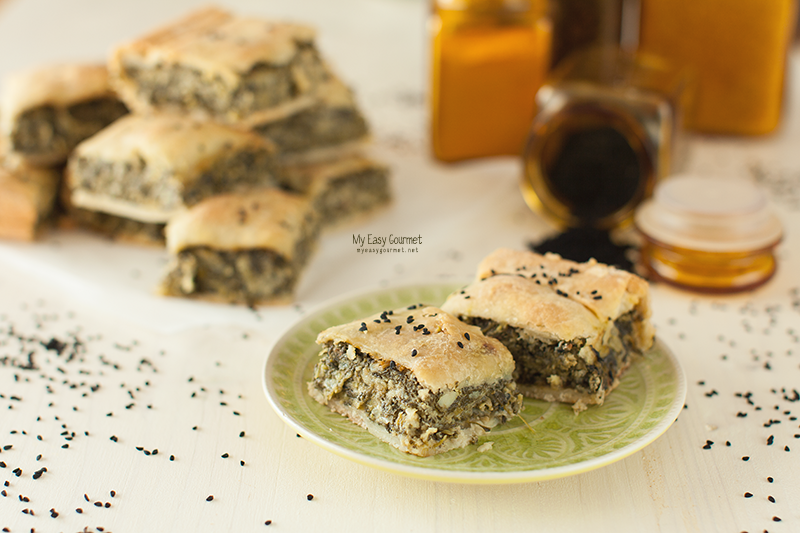 Another classic we all love. The actual name in Greek is spanakotyropita, but yeah, it’s ok, spinach pie will do. Based on veg, feta cheese and a crispy homemade pie dough that will make you crave for more. Just make sure you select a good quality feta, as that is what makes all the difference. I used a spicy one from northern Greece and also added some black sesame seeds. While cooking the filling, you’ll notice that the crushed feta will almost melt – almost disappear in the mixture and this is what we’re going for here. Spinach pie usually consists big (or smaller) chunks of feta, but I’m more into this well-combined mixture. 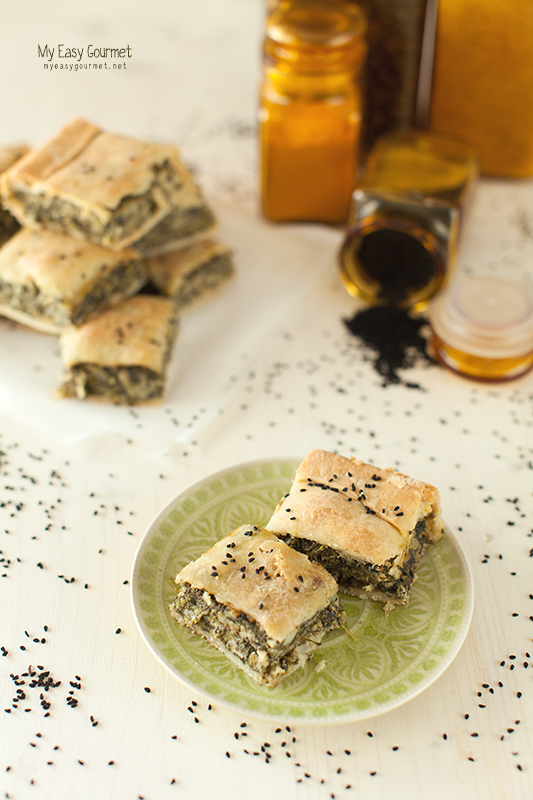 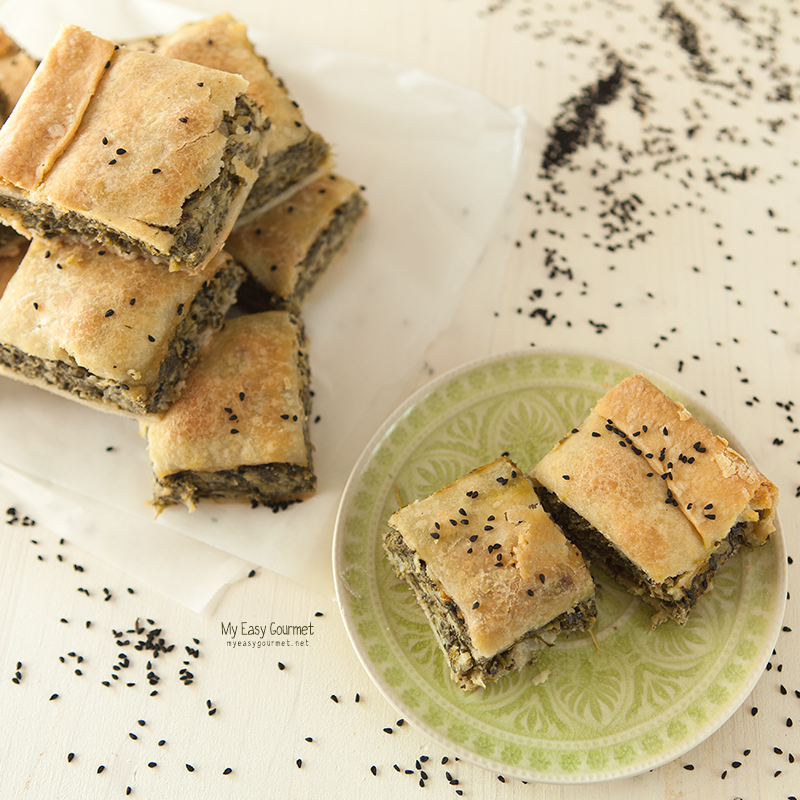